If radio created on-air contests like TV game shows, there would be greater results from games, contests, and promotions. Producers of game shows invest a lot of time and money researching what works to attract viewers. This has far more value than simply having a contest that pays off contestants.

Radio has a lot to learn in this area.

Television game shows are designed for viewers at home to play along. Humans love to play games. We fill out Sudoku puzzles, play trivia games, watch Wheel of Fortune and Jeopardy, and compete for bragging rights earned from the outcome of a Pictionary battle.

And don’t get me started on the popularity of video games.

Why? Games appeal to the emotion of Greed.

Greed is more than just the desire to win cash or prizes, though incentives can be a powerful attraction. But in this case, greed appeals to our sense of superiority, of feeling good about ourselves.

Lessons From Game Shows: The Prize?

Games are different than contests. Radio contests offer prizes for listening. Playing a game on the air rewards listeners in the actual playing of the game.

Prizes are important for on-air games, but only to raise the stakes and add drama. It’s important that the contestant is playing for something. But don’t get hung up on building a radio game on prizes.

TV game shows have figured this out. Can you remember how much money (or prizes) a game-show contestant won? Likely not, because the audience doesn’t really care.

But you may recall the game or some of the questions and answers.  And you remember how playing along with the game made you feel, especially if you solved the puzzle or answered the question before the contestant got it.

Contestants Are Part Of The Entertainment

Producers for successful shows like Wheel of Fortune and The Price is Right screen contestants to add to the show’s story.

That third point is key. The goal is to cause the viewer, to think,

I’m smarter than those people who made it on the show.

That makes for interesting contestants…like this:

Try to find contestants that fill that role for games. Make sure they sound good but remember they’re just an on-air surrogate for the real participant: The listener.

The game mechanics vary, but the concept is the same on radio and television. It’s about playing along. Listeners guess answers along with the radio, competing with the actual contestants.

On the radio, play the game for a listener in the car, at home, or at work. Don’t play for the caller or winner.

By the way, that’s why it’s so important to explain the game clearly and simply every time it’s played. The contestant may know how it works, but smart personalities are concerned about the listener in the car getting it. And they don’t listen that much.

If they are confused about how it works, they can’t play along.

Play Along With Trivia

Many TV game shows are based on trivia. Who Wants To Be a Millionaire is one of the best of all time!

Asking imaginative, challenging questions and revealing the answer a few minutes later can keep listeners glued to a radio show. The challenge is framing the game in a creative environment.

Many shows use Impossible Trivia to get the phone ringing. Here’s an example of a question:

80% of us do this every morning before leaving for work.

It may not be the most creative game, but it’s simple, and usually provokes curiosity. This game always gets a response.

Putting callers on with incorrect guesses can infuriate and attract listeners to play vicariously through those active participants. Just like Wheel of Fortune!

Another technique that lures more participation is by introducing multiple-choice options.

The TV series Dateline did this for years. Going into a commercial break, they present three events that took place in the same year. Four possible answers make it easy for everyone to guess (have a stake), even if they didn’t know. After the commercials, they reveal the answer.

The brilliance of a simple game like this is that everyone can play because it’s multiple choice.

Games like Millionaire and Deal add drama to their offering. They build anticipation by getting the audience invested in the outcome of a game or contestant they don’t really care about. It’s amazing.

Jeopardy is another great example. They play two rounds of the game. In the second round, they raise the stakes by doubling the prize values. Then, they build more drama to Final Jeopardy where anything could happen. The outcome often changes dramatically. Producers add another layer of play-along by luring the viewer into considering how much they would risk.

There are many ways to gamify content on the air. Apply these techniques to increase tune-in opportunities.

How To Build In More Play-Along On Your Show

What Incentives Make The Most Sense For Radio Games?

How To Get Listeners to Play Along on Monday Morning 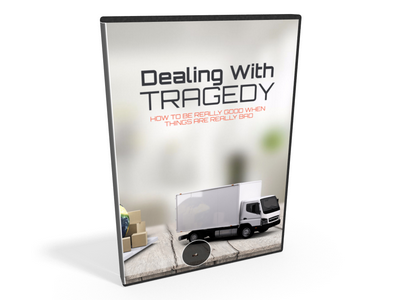