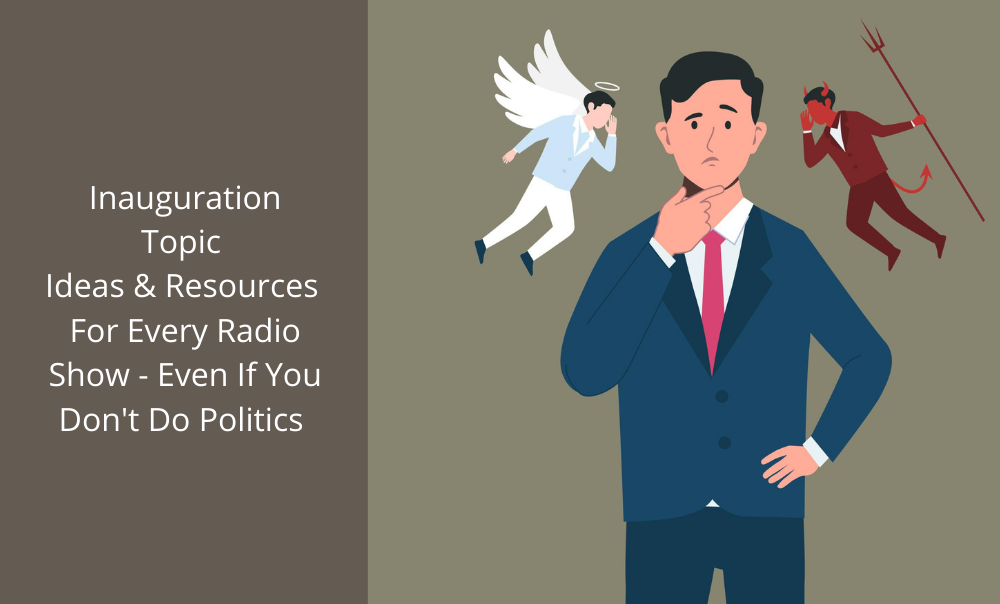 How Will You Talk About The Inauguration?

Joe Biden raises his right hand and becomes POTUS on Wednesday. The inauguration is a major topic, whether you’re in Washington, DC, or not. Even the most apolitical shows on music stations should talk about it.

Winning shows reflect the audience’s world through a personality brand filter. That’s one of the most important ingredients in building and defining an effective show prep strategy.

Unfortunately, many personalities get stuck when trying to find a way to talk about topics associated with politics in any way. That’s a mistake. An inauguration is an event that captures the attention of listeners.  You don’t have to talk about insurrection, red vs. blue, or policy,

Here are a few resources and ideas to help find a way to talk about it on your show:

The Inauguration: The Entertainment Angle

It’s not hard for music stations to find an entertaining angle.

Lady Gaga is singing the national anthem, and J-Lo is performing at the ceremony. And that’s just the start. Wednesday night’s party and a Hollywood TV special are both filled with stars.

You aren’t there, so hook up with a correspondent that is.

Who would you want to perform at your inauguration?

The inauguration is the biggest event this week. It’s the most significant party of 2021 so far and will enjoy that status at least until the Super Bowl in a couple of weeks.

Note: My Personality Magnet Show Prep service has updated, detailed ideas on the inauguration, and virtually all topics. Get details and get started for just $1 here.

How To Show Prep