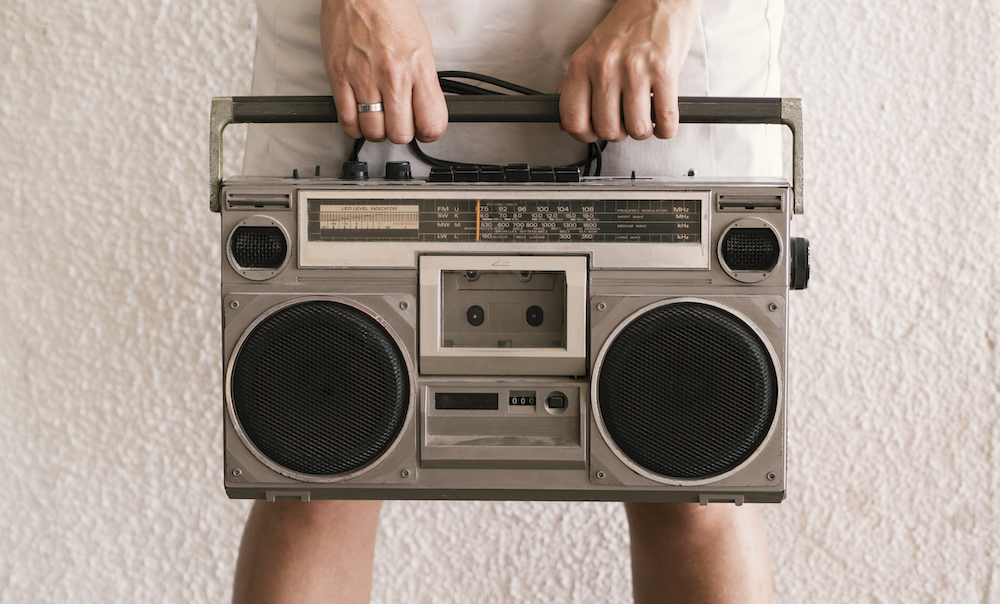 Executives, programmers, and personalities inside tens of thousands of radio stations invest millions of dollars every quarter in an effort to win the ratings battle. Countless hours are spent obsessing about every detail. To win the Ratings Game, you must understand the Ratings Game. Here’s how radio ratings work.

Details on how various radio ratings services operate varies from country to country, but there are more similarities than differences. This article will explain the basics shared by most ratings services.

As you might presume, companies using Diary methodology ask respondents to record all radio listening behavior. They’re to record the stations they listen to in writing, with exact start and start times. The paper diary provided by the ratings service.

Usually, respondents are asked to participate for 1-4 weeks of a survey period, and return the diary to the ratings company upon conclusion of their assigned listening times.

People meters are small electronic devices about the shape and size of a pager. Respondents are issued a personal meter and are asked to carry it with them continuously throughout their assigned listening times.

The meters pick up audio signals from radio stations that broadcast an encoded signal that is inaudible. Meters gather every signal and store it in the device.

Each evening, the user is asked to place their meter in a cradle. It recharges the device and uploads their listening from that day to the ratings company’s central database.

PPM, therefore, measures actual listening because it picks up every signal the meter is exposed to. However, it does not reflect listener choices.

Because it’s so difficult to find an accurate sample to participate in radio ratings, respondents are paid.

There are various methods of compensation including:

Respondents quickly figure out how to play the Ratings Game. For examples, read this article.

For the most part, PPM is used in larger cities, where ratings are being collected almost non-stop, year round.

The Diary method is standard in small and medium markets. Some Diary markets are measured four times a year, in four equal 12 week ratings periods. Results are released each quarter in a Winter, Spring, Summer and Fall Ratings “book.”

Smaller markets are usually measured twice per year (Spring and Fall). Some markets receive only an annual (Spring) report.

Before ratings can be calculated, the companies have to find folks willing to participate.

Ratings are estimates of actual listening based on listening behavior of a carefully selected panel of consumers.

Companies recruit their sample from public databases through phone calls, face to face interviews and in some instances, direct mail.

Prospective respondents are asked a series of questions to determine if they qualify. Each respondent is screened for demographic information (age, ethnicity, gender, location, etc.). In addition, they’re asked if they’re affiliated with media companies or ad agencies.

There are obvious challenges in recruiting an accurate sample, of course. Some of the issues are outlined here.

If a respondent qualifies, they’re usually encouraged to make a commitment for each member of their household to also participate. This recruiting tactic increases the respondent pool, which helps solve one of the biggest problems companies face: filling the sample.

Ratings companies attempt to fill the respondent pool so the total sample reflects the actual demographic makeup of the market. For example, if a city has 16% Hispanic women aged 18-34, they try their best to match this percentage. As you can imagine, this rarely works out perfectly. It’s often is far from being accurate.

The solution is a mathematical process called “weighting.” Weighting the sample normalizes the demographics so each demo cell is represented to reflect the market.

Here’s a simple example of how it works:

The opposite is also true. If the sample has too many respondents in a cell, they will be weighted down to reflect the market.

Finding an adequate sample is the biggest challenge, and one of the most important flaws of ratings. Read this article for details.

The threshold for listening varies from one company to another. But each listening occasion must qualify for am minimum amount of listening.

In the United States, Nielsen sets that at 5 minutes of listening in a single quarter-hour. If a listener tunes in for 4 minutes and 58 seconds in the quarter-hour, the radio station receives no credit.

However, if they listen for exactly 5 minutes, the station will receive credit for a full quarter-hour (15 minutes) of listening.

This tends to be less of an issue for Diary markets because listening is based on recall. However, it has a profound impact in PPM markets, where average listening occasions overall are very short.

To complicate this even more, sometimes a station receives no credit for significant listening occasions.

Imagine if a ratings respondent tuned in for 8 minutes. But the time they listened was from 11 minutes after the hour to 19 minutes after. How many quarter-hours would the station earn?

None. Zero. Nada. The station received four minutes of listening from :00 to :15 and another four minutes from :15 to :19. They fall short of the 5 minutes in a single quarter hour. It’s as if they never listened.

But let’s say that same listener tuned in from :10 to :20. Now the station would receive 30 minutes of listening credit from just 10 minutes of actual listening. That’s because they tuned in for 5 minutes in two consecutive quarter hours.

For a full description of the mechanics of how radio components work, there’s a detailed explanation here.

Once calculations are in place, reports are sent to broadcasters and advertising agencies willing to pay for the information.

Ratings are released quarterly, monthly, weekly and daily, depending on the market and company.

Quarterly ratings are a composite of a full 12-week cycle. Since this is the largest time period, it should be considered the most accurate.

Monthly ratings isolate a four week period inside a quarter to provide a snapshot of listening.

Rolling Averages apply to both Quarterly and Monthly reports. In both cases, the oldest period is rolled out when a new period is released. For example, if a ratings period consists of February-March-April, the next Monthly Rolling Average would be March-April-May. This helps stations track their progress.

Weekly ratings are highly volatile, since they focus on just 7 days of listening. This is particularly the case when breaking down the data into Dayparts and by demographic.

Daily ratings are relatively new. They’re just what they sounds like: ratings from the previous day.

Ratings are very important to radio stations, but smart broadcasters avoid making strategic decisions based on the ratings data. It’s not reliable as market research, as you can read here.

Why the Ratings Process Is Important

Someday, radio ratings will be changed for the better. A new solution will be introduced that revolutionizes how radio listening is measured and monetized. Hopefully that day comes soon because the radio ratings process is ridiculous as it is now.

For the time being, it shouldn’t be hard to figure out why ratings are important. It’s all about the money!

Radio stations justify the rate they can charge advertisers for commercials based on station performance. Billions of dollars are spent each year based on the data.

Since the majority of radio advertisements are purchased by specialized agencies, a single ratings point can make or break a station in a year.

Now you have a general knowledge of how radio ratings work. With that understanding, radio programmers and personalities can implement a strategy to influence the Ratings Game.

And it is a game. Play it well, and you can build an amazing career in radio.

Find out how radio stations and shows can use Twitter for free marketing to recruit new listeners and engage existing fans. This guide will change your approach to the platform.