There were three important turning points in my career. Each was a building block in my career path. But none of the lessons would have been learned if it weren’t for a trait that I’m most proud of. That trait is common in every dominant radio personality. It’s work ethic.

The first turning point was taking myself off the air at the #1 morning show in Lincoln, Nebraska. That may not sound like a huge career accomplishment, but #1 is #1.

As Program Director, I figured out I didn’t have the talent to become a truly great personality. It turned out to be a smart move, because programming, management and coaching has been very, very good to me.

But you know what? That was a winning show because of one thing: Work ethic.

A few years later, Alan Burns said I was the most creative person he ever met. This blew me away because I never considered it a strength. He explained that creativity is being able to recognize good ideas and know what to do with them.

That lightbulb moment changed everything. Though not gifted with the ability to come up with original ideas, I learned to be creative by working hard to find solutions.

The third moment was shortly after arriving in San Diego. After hiring Jeff & Jer to help resurrect a dying radio station, we went on an amazing run from worst to first (#19 to #1).  It was one of the busiest and most exciting times of my career.

Were we brilliant? Maybe. Maybe not. But nobody outworked us.

Those three events had one thing in common. They were powered by a commitment to success. A work ethic.

You want great success? Work at it. Great success is the result. In fact, absent of hard work, no one is great at anything.

Tom Brady was considered an average talent coming out of college. He became the greatest quarterback in history.

Was Jack Nicholson’s career as one of the all-time great actors was because of a gift that just happened? I don’t think so.

Steve Martin’s success in entertainment was a result of working harder than anyone else, persevering and finding his “voice” through trial and error. And rejection. And never giving up.

Ryan Seacrest didn’t become one of America’s most recognized personality brands by accident or being in the right place at the right time. He worked at it.

Sure, there must be a baseline of talent to be great. But chances are, you wouldn’t want to work at something for which you have absolutely no talent.

Pursue excellence, apply gifts and invest the effort to be great. Most have an endless energy for their passion.

But there’s also a personal commitment every single day, because even passion can be a grind. Those daily tasks aren’t as much fun as the rewards.

And it’s in those moments that separate average and exceptional.

It’s the moments you’d rather be at lunch than finishing show prep.

You want to hit the gym, but know you should be editing an interview for tomorrow morning.

This morning’s show was awesome, and highlights should be posted or turned into a video, but a nap sure sounds good.

This is when you have to push.

A funny thing happens when talented people work hard. Success follows. It’s a combination of using your gifts and making a commitment to excellence.

A lot of people have talent. The best practice more, train harder and care more. They have a stronger work ethic.

Jerry Seinfeld has a relentless commitment to new content  Knowing that comedy doesn’t write itself, Seinfeld talks about the process:

There are people who think, ‘I’ll just sit around and do absolutely nothing, and somehow the work will get done? Really?

If you have talent, and I believe you do, the difference maker is the work ethic to turn talent into success?

Now I’m excited. I wonder if it’s too late to still be a great air personality. Yeah, probably.

How To Overcome Bad Habits and Crutches On Air

Must Have Personality Traits

Get That Gig: Network to Get Work 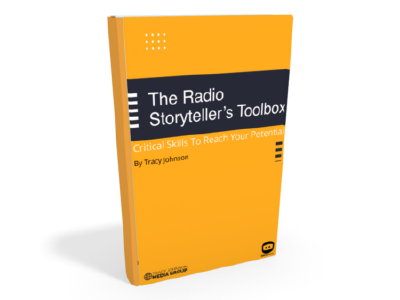