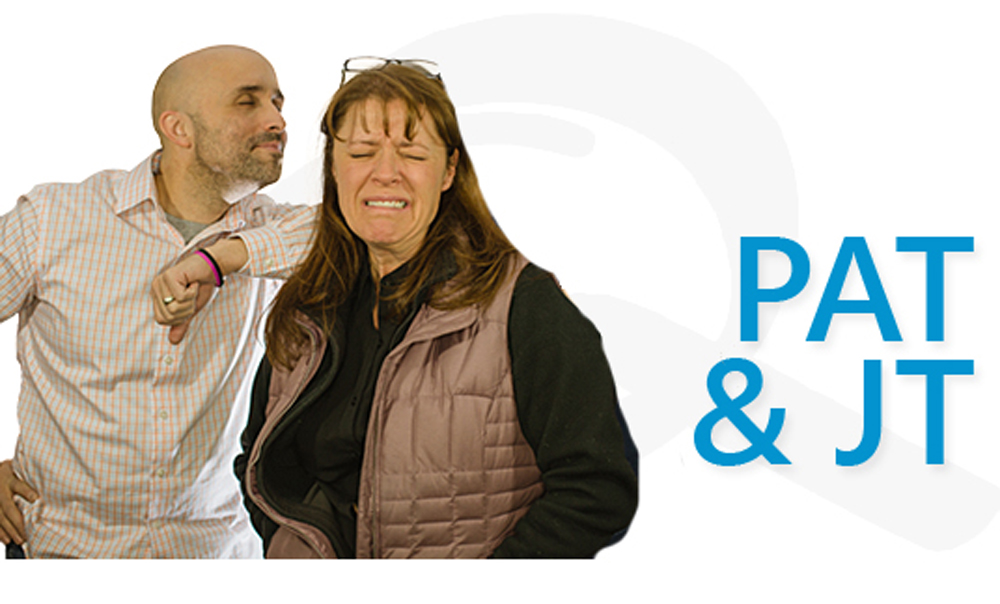 One of the best things that happen to radio stations is when the audience gets excited about a promotion. When that promotion points back to core brand values, it’s even better. And when it also sets appointments after the promotion ends, WOW. That’s what happened at KQKQ/Omaha when their feature turned into a promotion.

Pat and JT are the morning team on KQKQ. One of their daily features Tough Love. Each day, they ask Siri questions and get a most unexpected and hilarious response.  Tough Love is one of the most popular features on their show.

But it really comes alive when the station embraces it. And that’s what happened for Pat and JT. Follow along the process to identify ways to leverage your own features.

This Feature Turned Into a Promotion

First, here’s how Tough Love sounds on their show:

The station, led by Market Manager Andy Ruback wanted to highlight Tough Love more prominently. So they brainstormed how to connect a scheduled cash giveaway to the feature.

Instead of a call in to win trigger that awards cash to the xxth caller (boring), KQKQ gave away Siri-ous money.

When the audience won, they begged Siri for cash. Each time they promoted the contest, they were promoting the feature.

I asked Pat Safford (of Pat & JT) for a summary:

This promotion satisfied contest players. But it does far more. It is an example of entertaining an audience that may not be interested in playing for cash. This is most of your listeners, by the way.

And it shines a spotlight back to a core feature of the highly-rated morning show.

Many times we rush to put together a promotion. A little extra effort can produce much greater results. In this case, the station’s creative team brainstormed how to make their cash contest stand out and provide strategic brand values to the station. Brilliant..

Tough Love is a syndicated daily feature, and it’s not only funny but effective. In fact, it’s one of the best testing features I’ve ever seen on the radio.

The daily feature asks a life advice question of Siri, the voice of the iPhone. Siri answers with a funny, and most unexpected response.

As mentioned, the research is terrific. In fact, it’s the best testing radio feature I’ve seen. It’s working in all market sizes.

Stations get 10 episodes each week, 5 featuring Siri and 5 featuring Alexa. Plus, there’s a library of past episodes to use as well. The feature is interactive with personalities and works as a Daily Feature at specific appointment tune-in times or a Weekly Feature, such as Tough Love Tuesday.

Tough Love is available for a low monthly cash fee based on market size. For pricing, go here. Or you can get it with barter. If available, seriously consider locking it in for your market. It works.

This is how a mini-brand can enhance a radio station brand. This feature turned into a promotion with personality and acts as a promo for the morning how. Fantastic.

Winning Features and How To Use Them ebook

Become a better radio performer by learning to construct segments with the fundamentals of storytelling. This powerful, 40-page eBook is easy to read but loaded with information you'll use forever. It shows how great personalities construct content to captivate, inspire, and activate listeners. Apply these concepts to make every on-air segment come alive with entertainment.