Discipline of Editing: Stop Jamming 3 Minutes of Content Into a 7 Minute Break? [video]

Discipline is a simple word, but a hard thing to practice. It is defined as “a system of rules of conduct.” Your rules of conduct should be embedded into your performance so they’re second nature. And the most valuable of all is the discipline of editing.

Spontaneous  performance isn’t normally associated with editing. The free-wheeling nature of a live radio performance often takes unexpected twists and turns that can lead to great moments on the air. But often, personalities take far too long to get where they’re going. It’s not that the break is too long. It’s just that it’s too long for the content.

That’s why you every personality must have develop the discipline of editing.

Almost everything gets better when it gets shorter. As marketing guru  Seth Godin says:

Everything gets better when it’s shorter. Everything. Nobody goes to the church service or the comedy club or the theater hoping for it to be longer. They want it to be better.

And that’s the challenge for all of us, particularly radio personalities. One of the most-asked questions I get is how long a break should be. It’s a valid question, but one that has no answer. It varies, depending on the station, format, competitive situation and a host of other factors.

But there is a guideline: Your break should be as long as it has to be and no longer. And it should be as short as it can be and no shorter. That will require a balance of spontaneity and the discipline of editing.

You know that attention spans are shorter and shorter. Patience is not a virtue in an always-on world. It applies to just about everything in life. You’re seated at a restaurant and it takes too long to take your order. You’re annoyed. then the server goes over all the specials while your eyes glaze over and you only hear a fraction of them. They need to edit.

The discipline of editing is an instinct you can develop. It’s that gut feeling when a break has been extended. You can sense when the momentum bogs down and the break is  longer than it needs to be. It’s almost like you can sense the audience tuning out.

You can hear it in legendary air personalities like JoJo Kincaid, Broadway Bill Lee and others. With a fine-tuned editing skill, it’s amazing how much personality can be injected into even the shortest windows of performance. But it takes practice, refinement and discipline. And that’s in short supply.

How To Self-Edit In Live Performance

You’re probably confused, at least a little. It’s easy to understand that editing is important for recorded content, but you’re on a live show. And on the air, you have to let it go. You can’t be thinking too much when the microphone turns on. This isn’t the time to think about the artistry. That happens in preparation and in review. When you’re on the air, you’re thinking about timing, what comes next, setting up your partners, and focusing on the direction of the break. If you think about the mechanics, you’re done. The break will come out flat.

But there are two things you should be doing every day to develop that sixth sense of great personalities.

When every break is carefully prepared and laid out with a focus and direction, it’s easier to stay focused. You’ll feel it when a detour is introduced and the break starts to get off track. Then you can self-edit and get the break back on track, pointed toward the pay off.

Some personalities resist this type of in-depth preparation because they think it removes natural reactions. They want the on-air version of the break to be the first time it’s discussed. Yeah, it sounds great to have a natural reaction. But that can be prepped.

Practice the illusion of the first time. The goal is to be planned, prepared and spontaneous sounding. Provide the feeling of spontaneity, not real ad-libbing. You want to be precise, but sound unrehearsed. It’s all about delivery in presentation. When you know your material and command your content, it can sound easy.

You also need to listen to your show. Take time to analyze your performance and identify what could have been left out. If you had to do it over again, what would be trimmed? What didn’t need to be there?

This type of performance critique will help you start to intuitively recognize when the show starts to go off course. It will help you get it back on track quickly. That’s the art of self-editing.

As a personality, the goal should never to be shorter. It should always be to be tighter and more efficient. That applies to a 20-second break or one that last 12 minutes. That comes from editing.

Entertainer Steve Martin has come to love the process. He says:

Editing is one of your most powerful tools to success. Changing, subtly reorganizing, taking things  out. It’s thrilling, Editing is the best feeling you can have. Getting rid of things that aren’t working by pruning leads to growth. As you perform more, you’ll learn to sense when material isn’t going to work halfway through its delivery. In these moments, confidence will allow you to edit the line in real-time, cutting and altering depending on the mood of your audience. You’ll also begin to build a catalog of material that you can draw from when you need to revitalize your act.

Develop the discipline of editing and practice it daily. You’ll be amazed at how much more effective your show will be.

Do Listeners Want to Break Up With You? [video] 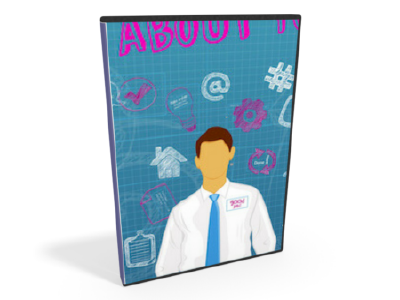