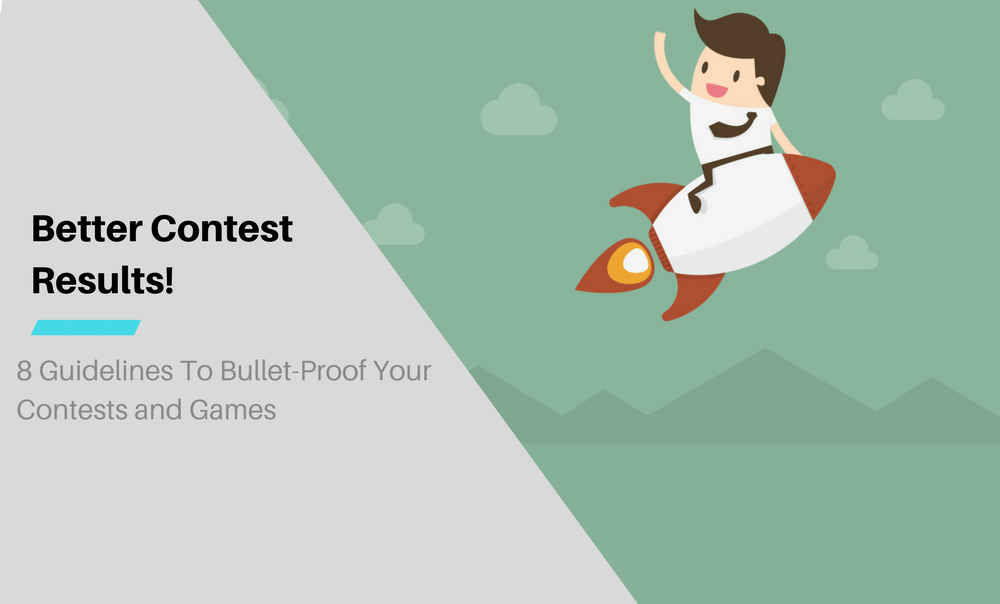 Radio contests are popular with broadcasters and listeners. But many aren’t delivering the results they could. Fortunately, programmers can bulletproof radio contests by observing some basic must-follow guidelines for successful contests.

These 8 points may seem like common sense. But evaluate campaigns and it’s amazing how many contests fall short so often.

Ignore these guidelines at your peril.

Every game contest must be easy to understand and play. And it has to be simple even for casual listeners who are barely paying attention.

Here’s a good way to judge whether a contest is simple enough: Explain it to a third-grader in 10 seconds or less. If they don’t get it, it’s too complicated.

Design For The Listener, Not The Player

Most of the audience won’t play a game or enter a contest. Those that do play are important listeners. But they’re going to play because they’re contest players.

So design each contest with listening in mind. Don’t get caught up in the mechanics of the game. Focus on entertainment value. Avoid low-hanging-fruit tactics like call in to win because it’s not fun to listen to.

How you sound is far more important than simply airing a contestant or winner.

Many times, stations (and personalities) are excited to put a winner on the air. They’re hoping for a great sound bite. But the caller is boring. Or has nothing to say. Sure, it’s important to celebrate the winner and close the feedback loop. But they don’t have to be on-air! Simply announce their name and congratulate them.

When playing a game with a contestant, screen them for a likable, upbeat contestant that sounds great as much as possible. It doesn’t have to be a random player. Invite the audience to call if they’d like to play.

NOTE: Don’t do this with giveaways. That’s illegal!

When listeners call, decide if they are the type of player your audience will identify with and cheer for! Screen them the way a television game show would cast a contestant.

The fourth way to bulletproof radio contests is to ensure the player is ready to perform on the air. They should know how to play the game and what to expect when they go on. Explain what will happen and what you want them to do.

It’s also up to you (or a phone screener) to get them excited. High energy is contagious. That’s one of the basics of call screening, and it applies to contests and games as much as talk shows and call-in segments.

Shine a Spotlight on the Listener

Avoid upstaging the contestant, but stay focused and guide the break as a good host would. If the contest drifts, it’ll destroy forward momentum.

It’s the Game, Not the Prize

The prize is important only because it gives listeners a stake in the contest. But the game is more important because that’s where the entertainment is (see Point #1).

This is where the play-along factor comes in.

Make it fun. Some games don’t even need a prize! But it’s usually better with one!

Just as every break should have a fast hook, a game should take just a few seconds to get started. That’s another reason the game should be simple and easy to explain.

When it takes too long to introduce the contestant and explain how to play, listeners lose attention.

The final must-follow principle for radio contests is to add drama or suspense! This may be the most important element. Each game is a story, and stories are more exciting with drama.

KCBQ/San Diego’s Last Contest may have been the most dramatic and interesting contest of all time. Drama is the secret ingredient in the classic Who Wants to Be a Millionaire.

Radio contests should be designed for content first, then promotion. They also have aspects of marketing. Observe these guidelines for more entertaining promotions.

What are your must-follow principles to bullet-proof radio contests? Share them with me. I’d love to add them to the list.