It makes some broadcasters feel good to read a story based on manipulated research reports that claim radio listening is as strong as ever. I’ve even seen some that claim radio listening is higher than before the pandemic. But it’s not. It’s down, and in some cases, the decline is dramatic. Radio has a problem. You feel it. You know it. But nobody is talking about steps to bring listeners back to radio.

This isn’t Chicken Little “sky is falling” chatter. Listening declines are real. AQH has grown since the depth of the decline during the shutdown when such a large percentage of listeners worked from home. But it’s still down. And it’s not coming back nearly as quickly as it should, considering most cities are opening up.

Listening is still down as much as 30-40% compared to the same period a year ago at most stations in most markets.

Personalities Can Bring Listeners Back To The Radio

So what can radio do, other than cross our fingers and hope commuters will be stuck in traffic and invest more quarter-hours? If we really want to bring listeners back to radio, it’s going to take more than good fortune. A large percentage of the audience has found alternative sources of entertainment. Others continue to work from home. Lifestyles have changed.

And there’s only one thing that can truly bring them back.

What can personalities do to capture and hold attention that doesn’t rely on budgets that have been slashed, non-existent marketing money, or in-person marketing at appearances and events?

There aren’t easy answers. But here are four things every personality can do right now to improve the audience experience and recover.

Listeners have high expectations. The bar has been raised. Shows can’t afford to just go through the motions. What worked in the past isn’t enough to recapture lost attention.

Plan and perform every show to create at least one moment that causes listeners to talk about what you did on the radio today. That starts with finding relevant topics, of course. But without injecting a unique personality into the performance, it is meaningless.

In a focus group, a listener actually said this:

They sound like they just get topics from Yahoo. It’s random, shallow crap that nobody really cares about.

Lists, facts, human interest stories, and rehashing yesterday’s game won’t get it done. We must do more to stand out.

Plan every show to deliver a series of One Thing:

There’s more detail on the One Thing here.

Set a goal to be important. To attract listeners back to radio, we must create reasons to actively seek us.

Many shows are trained to be consistent. But then every show sounds like the one before.

We have to provide surprising, unexpected moments that generate a response.

In a focus group, a listener said:

It’s refreshing when a personality comes out and says it like it is, and says what they think, whether I agree with them or not. They’re not afraid to be politically incorrect. (Personality) is an a-hole 97% of the time, but speaks from the heart. That’s stimulating. It’s never boring.

Many personalities are becoming more and more “safe”. They’re afraid of the Cancel Culture complaints to management put their job at risk. I get that. But this is the time to be big, bold, and colorful. You don’t have to be controversial. Just be interesting. And don’t be afraid to exaggerate. Do be afraid to be caught in the zone of mediocrity.

Make it Easier To Listen

I see this in virtually every research project. Many shows are simply hard to follow. Listeners don’t listen much, nor do they pay close attention to the radio when it’s on. It’s often a background medium.

When listeners are unable to follow a conversation, they become confused. Confusion causes stress. Stress must be relieved. Relief comes from removing the stress. So they simply tune out.

The confusion comes from several sources, including:

For personalities, this is tedious, redundant, and requires discipline. But it’s critical. They won’t stay if it’s hard to listen. And if they tune out, they may not come back. Especially now.

Many shows react to a distracted world by rapidly changing topics and moving from one story to another. They miss the point. Yes, listeners have short attention spans. But that doesn’t mean the solution is to cram more stories into shorter periods of time.

But neither should you simply present a topic, make a comment, and hope something good happens. That’s poor show prep.

Try to develop a storyline in every segment. But only one story.

The best part of a newscast or entertainment report is the discussion, not the information. However, if every story is discussed, the storyline becomes confusing. The audience has a hard time following the discussion. Pick a featured story and give extra emphasis to that story by focusing discussion only on that story.

A microphone is a tool. You are a craftsman. Use it to create can’t-miss, must-listen moments. Every day.

The radio industry faces many challenges. Those problems won’t be solved with no-repeat music sweeps or the most accurate news and information. The solution is personalities. And to bring listeners back to radio, personalities must be better than ever before.

What are you doing tomorrow to excite the audience?

Marketing at Appearances And Events

Brilliant At The Basics Is The Price of Admission

How To Use Music Beds Properly

A List of Reasons To Avoid Lists On The Air

The One Thing That Can Make You #1 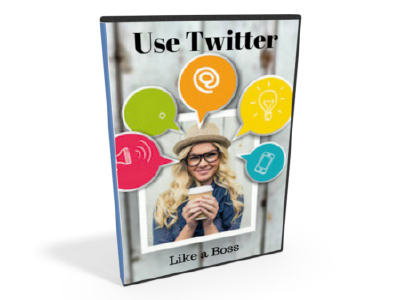 HOW TO USE TWITTER LIKE A BOSS. Twitter can be one of the most useful social media platforms if used properly. Join social media specialist Lisa Waters for this enlightening seminar on how radio […]