Details matter. Many small things add up to a big impact. Each individual small thing may not even be noticed by itself, but add them together and small things mean a lot. And often, it’s the small things that allow ordinary stations to become special. Paying attention to detail can win listeners.

Programming and performing winning radio a grind. It’s tedious. It never ends. Stations are on 24 hours a day, 7 days a week. There’s no down time. And every time a listener turns on the radio is an opportunity to draw them closer to being a fan.

And we win those listeners one at a time, through large things and small. From every promo liner to the way the station appears in public, it all matters.

Here are examples from stations that pay attention to detail, and are richly rewarded:

A radio station I work with participates in their company’s national contest, along with over 100 sister stations.

You’re probably familiar with the contest. A winning key word is announced during the morning show, and listeners are encouraged to call a number to win. One winner is awarded $1,000. There’s just one national winner per day.

Contact information for the daily winner is provided to each station to use as they choose.

Some of the stations announce the winner’s name, but most ignore it. One reason is because they’re just too busy. Another is that they don’t think of it as “their” promotion because it’s executed off-site. It’s one of those things they have to do because corporate makes them do it.

But the morning personality on my client’s station doesn’t see it as a push-down. He looks at it as an opportunity. Each day, he calls the winner, no matter where they are from. He explains who he is, and gets to know the winner with some friendly chit-chat.

Then he records a short conversation to congratulate them as the winner. But before he does, he preps the winner. He makes sure the winner knows the name of the station, a couple of landmarks in the city, and a small detail that makes this winner sound like a big fan of his radio show.

Morning Show: Now, you have $1,000 today that you didn’t have yesterday. That’s amazing. What will you do with that money, spend it on yourself?

Winner: Well, I haven’t thought about it yet, but I’m a fitness fanatic, so I’ll probably get some new workout clothing with some of it.

Morning Show: Really? How fit are you? Are you like an iron man?

Morning Show: So you run every day?

Winner: Yeah, every day. In fact, I just got back from doing 5 miles in (local park jogging trail).

Morning: Oh, thanks for asking…he’s doing great. You know he’s 8 months old now, and I think he’ll be walking pretty soon…but right now is just scooting around all over the place.

Winner: He’s a cutie…I saw that video on your website.

Then the call is played the next morning, shortly after announcing the new winning word of the day. It sounds like a local winner on his station every single morning.

Yeah, it takes time, but think about the impact. The attention to detail stands out. It sounds like the show gives away $1,000 each morning. And there’s another important benefit. Celebrating the winner completes a feedback loop, and that’s important because many listeners think radio contests are rigged!

At a non-commercial Christian station that relies on listener donations for support, my client allows listeners to sponsor each day in exchange for a donation. They receive acknowledgment on the air several times, and get a message on the station website. This is fairly typical.

But this station takes it one step further. The manager thanks the donor on the station’s electronic billboard, located in front of the studios. They update it every day. Then he takes a photo of the message, and emails it to them.

It’s a small thing that takes about 10 minutes, but has a big impact on each individual. It validates their participation and donation. It makes it personal.

Both of these examples are tedious, repetitive and add one more thing to your to-do list. Every day. They take time. But they make a difference. It’s special

What You Can Do

If you think about it, there are dozens of things that could be done every day to make the station more special to the audience. You could:

Send winners an mp3 of them on the air winning their prize.

Take a photo of winners and station visitors with you logo in the background.

Mention listener names on the air from those you meet at a promotion, event or appearance.

Include a personal, handwritten note from an air personality-with a photo-with each prize won on your air.

Mailing – or personally delivering – prizes won on the air, rather than making them come find your station.

Actually answering the phone when your customer (listener) calls, and sounding like you care about them.

Giving prize winners, guests and visitors a free tour of the studios. They’ll never forget it.

Corey Tremere at Ocean 100 (Prince Edward Island, Nova Scotia/Canada) takes pictures of each winner to post online and social media, including them in the station’s Winner’s Circle.

This is a terrific way to validate contests, proving that you have real winners.

The list goes on and on. Little things mean a lot. The small touches and attention to detail can be a difference-maker.

What do you do to stand out? Is there something your station does that makes you special?

9 Ways to Win the Moment at Concerts 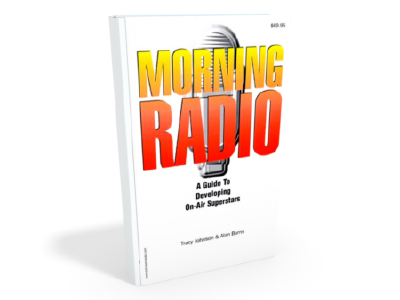