4 Subtle Signs Your Radio Show May Be Self-Absorbed

Nearly all great performers have a larger-than-normal ego. In fact, a healthy self-confidence or a swagger is necessary to be a compelling, confident air personality. But a self-absorbed show is deadly. In fact, it’s one of the most common things that repels listeners.

In the entertainment business, the world doesn’t revolve around you, it revolves around each individual listener. They have the power in this relationship, and to succeed, you have to fit into that world.

However, if you do it right, the world does cycle back to you.

This is a delicate balance. Self-absorbed talk is a sign of vanity, which is of the 7 Deadly  sins of Radio Personalities, and it goes far deeper than just talking about yourself.

Vanity is a sneaky mistake that almost every personality has to fight on a regular basis.

Here are the signs that it may be a problem on your show:

4 Signs You May Be Self-Absorbed…and Not Know It

A show that is listener-based can tell endless personal stories without sounding arrogant or inside. On the other hand, some shows that only talk about external content can come off as being “all about us, not about them”.

Why is that? And how can you project a listener-first image while still relating your character through content?

The hook, or entry point, should be designed to pique listener curiosity, to cause them to lean in and become interested. That means it should almost always start with them, not with you,

If a break starts with a story about you, or what you did last night, they tune out almost immediately.

Yet, a simple adjustment to the  opening line can make the difference between being relatable and self-indulgent. For a great example, listen to this segment from Jeff & Jer. Notice how that opening line sets up the following stories from Jeff’s life? Brilliant. This is a great example of how to set up the topic through a listener’s interest. You must make it about them, then project your personality through content.

On a multi-personality show, or when solo shows interact with listeners, many personalities are so focused on what they want to say next, they don’t pay attention to what is currently said.

The result is a disconnected conversation that doesn’t come off naturally or organically.

The offending air talent may not actually be self-absorbed, but they appear to be since they’re not really reacting spontaneously. They can come off as if they’re steamrolling the conversation, sort of an audio bully.

Another symptom is when personalities talk on top of one another, competing for attention to get their point in.

On-air breaks shouldn’t be a contest to see who talks the most, the loudest or the fastest. Talking over each other is one of the biggest causes of listener tune out, as proven in the webinar on demand Content Superhero.

Self-Absorbed people tend to redirect conversations back to themselves, when we really should be trying to reflect the conversation to us.

Listen to your show closely in air check sessions, paying attention to small ways that you may be so anxious to talk about yourself or deliver a clever line that you miss the entertainment value in the break.

It’s common to hear a listener comment on a topic, only for the air talent to turn that comment into a story about themselves. This is redirecting the conversation.

Reflecting, on the other hand, is inserting your personality and character into a topic in a way that causes listeners to want to hear your personal stories because it relates to them.

There’s an art to standing out on the air by connecting with the audience naturally while reflecting attention back to you.

For more on this, check out the webinar on demand, It’s Not About You, It’s All About You.

Imeweus is a big problem in radio. It’s over-use of the phrases I, me, we and us. Of course, there’s nothing wrong with using those words, but when banter is filled with too many of these references, it can tilt the whole feel of the show toward being inside or about us.

Another sign of Imeweus is when there’s too much talk about what’s happening inside the studio instead of in the listener’s environment. It’s easy to forget what they’re doing while listening, and performers often communicate from their own perspective, not the audience’s.

The listener is blind. They can’t see you, yet many times we perform as if they can.

To overcome this habit, take the Imeweus Challenge: Focus on one break per day and eliminate those words in that break. It’s harder than you might think. You’ll have to think ahead, learn to re-phrase your conversation and pay close attention.

When it becomes more natural, do it once an hour. Gradually work up to going for an entire show without saying I, me, we or us. In about 3-4 weeks, this will become a new habit. You’ll be cured, and the show will be much more relatable as a result.

Maybe you think it’s charming to create a little internal club. You know, the kind where only the insiders get the jokes? It’s not. It repels your audience, and even those you think are in on it probably don’t get it.

Inside jokes are like being at a cocktail party where you don’t know anyone. You stand around with two people who are having a conversation that doesn’t include you. You hold your drink and try to hide your discomfort. But you’re the outsider and you know it. You just want to leave.

For the audience, being left out of the conversation is an immediate button push. Make sure all content is for consumption by the listener.

Sometimes personalities get bored with the basics. We want to liven it up and make it more entertaining for us by being playfully inside. But the audience doesn’t perceive it that way.

Avoid inside, self-absorbed content. It will kill your relatability.

2 Minute Drill: How to Avoid Being Self Absorbed 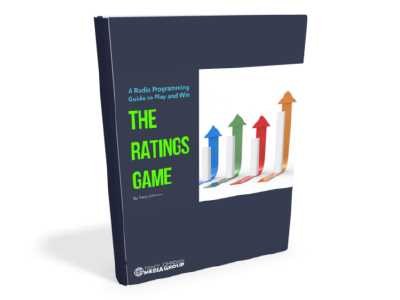